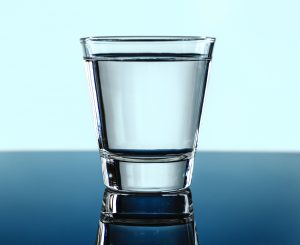 Who doesn’t love a glass of cool, clear water on a hot day? Unfortunately, many people who go to their sink for a glass of refreshing, clean, clear water find themselves disappointed — or even kind of grossed out. Water taps across the country spurt odd-smelling water. The water often has unidentifiable particles of … well, something… floating in it and even sticking to the sides and bottoms of the glasses. No thanks! If this describes the water from your tap, it’s time to invest in a water filtration system. One of the most popular types of drinking water filtration systems is the reverse osmosis water filter system, or RO, for short. 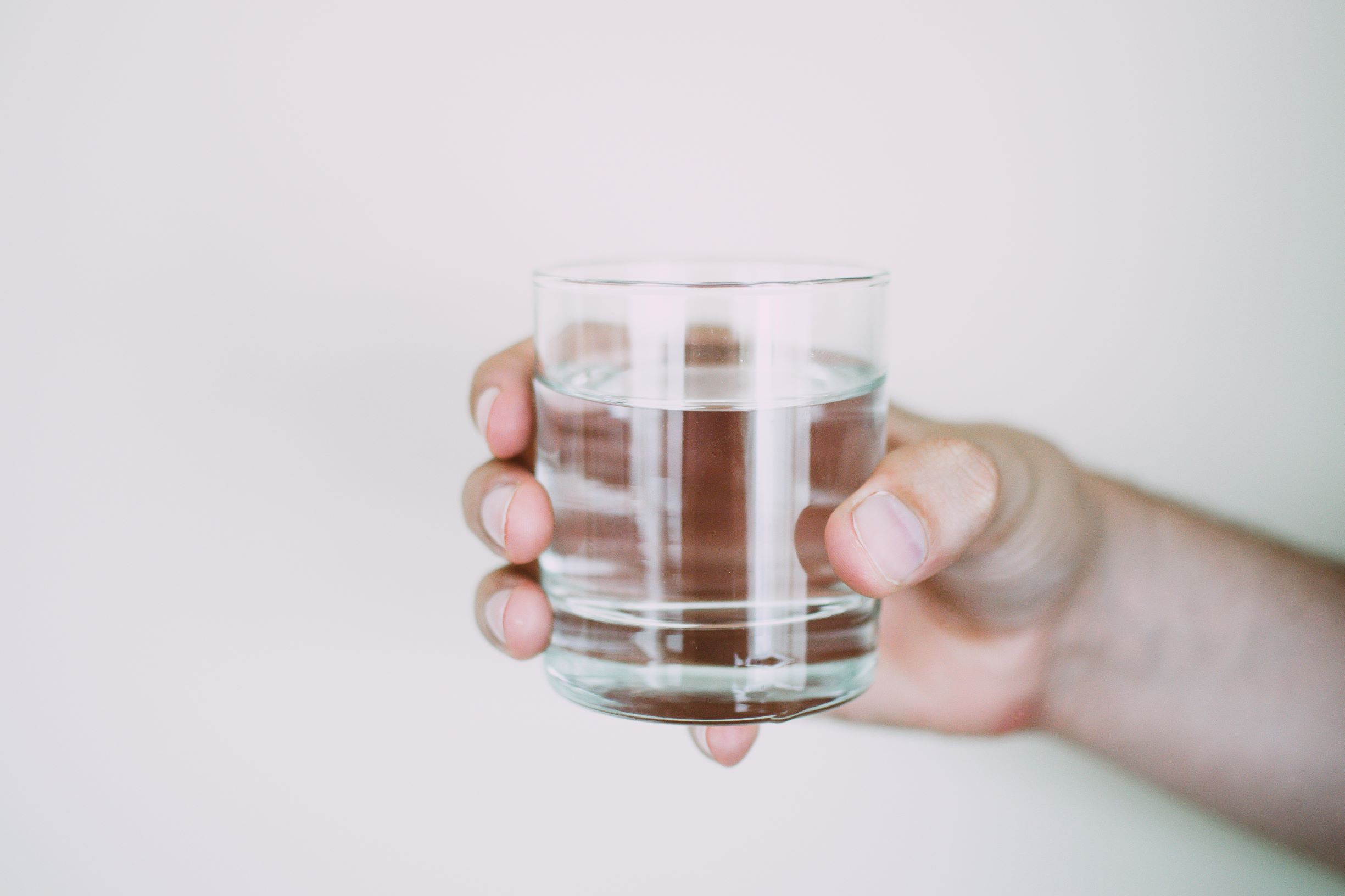 What is Reverse Osmosis?

You usually hear about  reverse osmosis as a way to make ocean water drinkable by removing the salt.  Dictionary.com  says reverse osmosis is the process of producing pure water by forcing water with salt or other solid particles in it through a semi-permeable membrane. In order to really understand reverse osmosis, we need to talk first about regular osmosis.

Think of it this way: 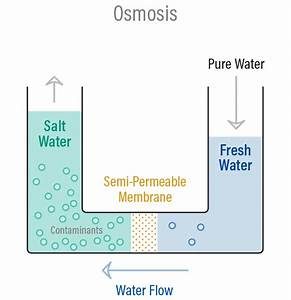 Reverse osmosis occurs when you apply  pressure to salt water. The pressure forces the salt water up against the membrane. The salt particles are too large to fit through the membrane openings and only the small water particles are pushed through. The membrane effectively filters out the salt and contaminants, allowing the now-clean water to pass through and mix with the fresh water on the right-hand side.

So how does all this work in a home drinking water system? 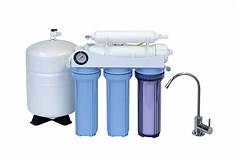 If you want to install a reverse osmosis system for your whole house, we can help with that. Most families, however, choose to start with a much smaller reverse osmosis water filter system that fits underneath the counter.

Not sure if you want to try a DIY install for your reverse osmosis water filter system? Or maybe you need help figuring out what type of water filter system is best for you. Whatever your water purification needs, Knoxville Water Treatment can help. Give us a call today and start treating yourself to the best water you can get!

A municipal water disaster can present itself without warning. The potential for adverse health effects can be great. Contact your city’s municipal water department for the latest report on the safety and quality of your water. The following are examples of water disasters that took the residents of these cities by surprise.

Most recently the Flint Michigan water disaster comes to mind. Flint had switched using the Detroit water system to using the Flint River. Soon after, high levels of lead were detected in tested homes. The water from the river was corrosive to the city water pipes which leached lead into the water supply. Lead poisoning can cause organ damage. In children it can cause brain damage.

Our nations capitol Washington, D.C. faced a water crisis when it was discovered that their lead levels were unacceptable. It was found that the change from using chlorine to chloramine caused premature pipe corrosion resulting in lead leaching into the water supply.

Cryptosporidium, a parasite, lives in the intestines of infected humans and animals. Feces from hosts can enter municipal water supplies by farm runoff and storm water. Milwaukee Wisconsin had a cryptosporidiosis outbreak in 1993 which caused illness to 400,000 people. Of which at least 69 people died. This incident became the largest documented waterborne disease outbreak in U.S. History. Cryptosporidium oocysts are tiny and were able to pass through the water facility’s filtration system. Milwaukee has put in place practices that has improved water quality security including water monitoring equipment and updated filters.

In 2014, the Toledo , Ohio metropolitan area residents were under an order not to drink or cook with the water. Samples taken from a water treatment plant indicated a toxin call microcystin. This toxin was a result of a large bloom of algae on Lake Erie. Microcystins form with the conditions of warm stagnant water and oversupply of nutrients. Fertilizer runoff from cropland contributing to the process. Ingestion of this toxin can cause liver damage.

It is recommended by the Centers for Disease Control and Prevention to have an emergency supply of water in an event of a water crisis. Your water supply should include one gallon of water per person for three days. Ideally This water should be commercially bottled and sealed to ensure its safety. Rotate out bottles with close expiration dates. Include extra water if you have pets.

Good water can come right out of your kitchen faucet. If you’re lucky. Water hardness can vary depending on your geographical location. Water quality can vary from town to town. Call your water supplier for the most recent water report to learn how good your water is. The water report should also tell you how hard your water is. The United States Environmental Protection Agency requires the monitoring of 91 contaminants.

You know you have hard water if you see mineral deposits on your pots, sinks, and toilets. Hard water can leave whitish deposits on your coffee maker parts that do not wipe off. These deposits are from calcium and magnesium and do not pose a health risk. Over time mineral deposits can clog the tube and drip arm resulting in an uneven or failed brew. These minerals can also leave a slime floating on top of your coffee. Clean your coffee maker by running vinegar through a brew cycle. Be sure to run a cycle of water through after that to rinse the vinegar out.

Water that makes bad coffee? Pretty much the same culprits that make bad tasting drinking water can make bad coffee. How about hydrogen sulfide, that rotten egg smell. The presence of iron can give your water a metallic taste. How about too much chlorine?

Coffee shop chains use a filter system that treats their water so essentially a cup of their coffee tastes the same no matter where the coffee shop is located.

A better cup of coffee for you might just involve using a pitcher type water filter product. These can reduce chlorine taste, odor, and contaminants. Be sure to read the instructions on how often to change the filter. Keep the pitcher and parts clean and store your water in the refrigerator to inhibit bacteria growth.

Using bottled water can make a good cup of coffee but the expense makes this not such a good idea. Lugging several gallons of water from store to car to house can be a lot of work.

If you need a more advanced filter system call your local professional water treatment company for their advice and solutions. If you already have a water system in place a regular inspection is a good idea to make sure it is working properly and maintained correctly. 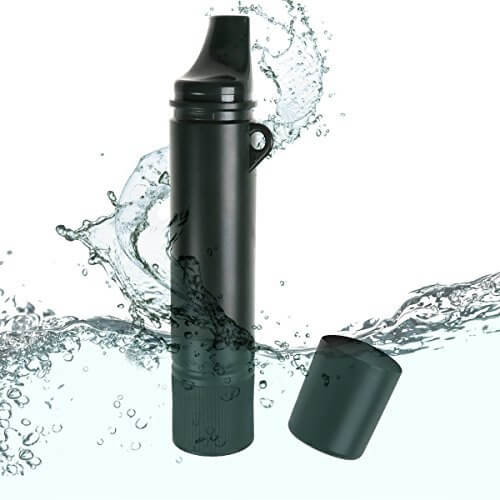